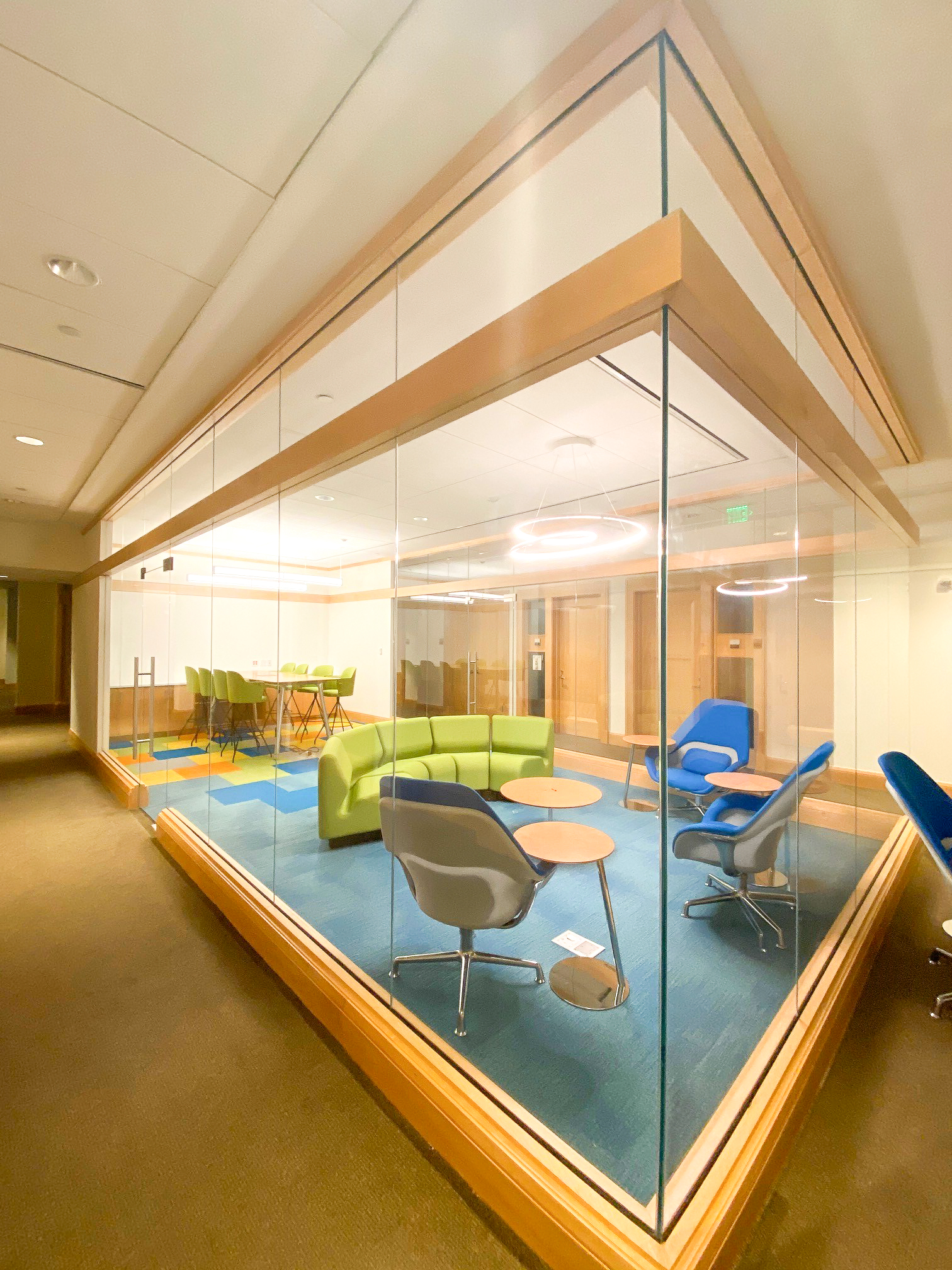 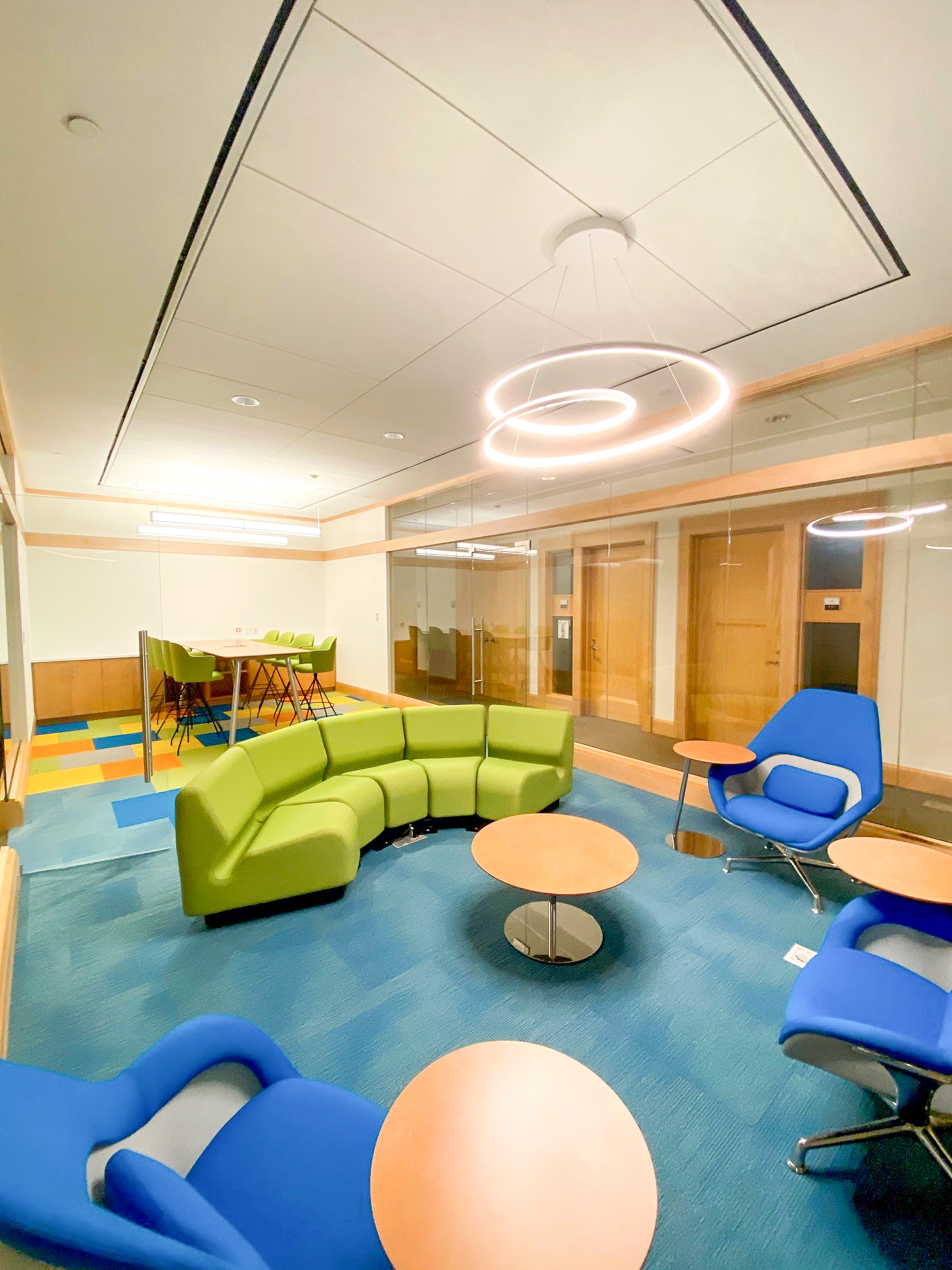 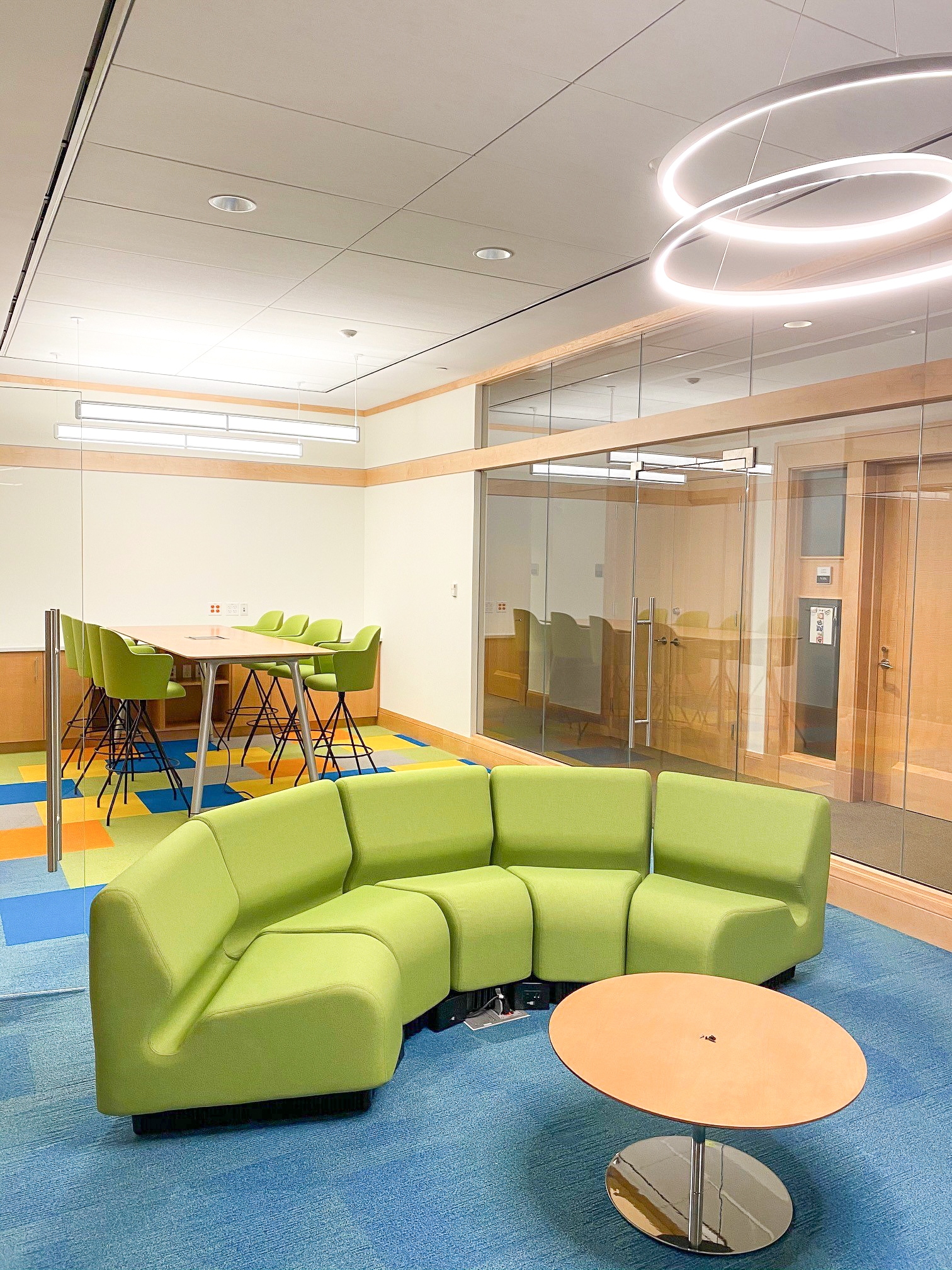 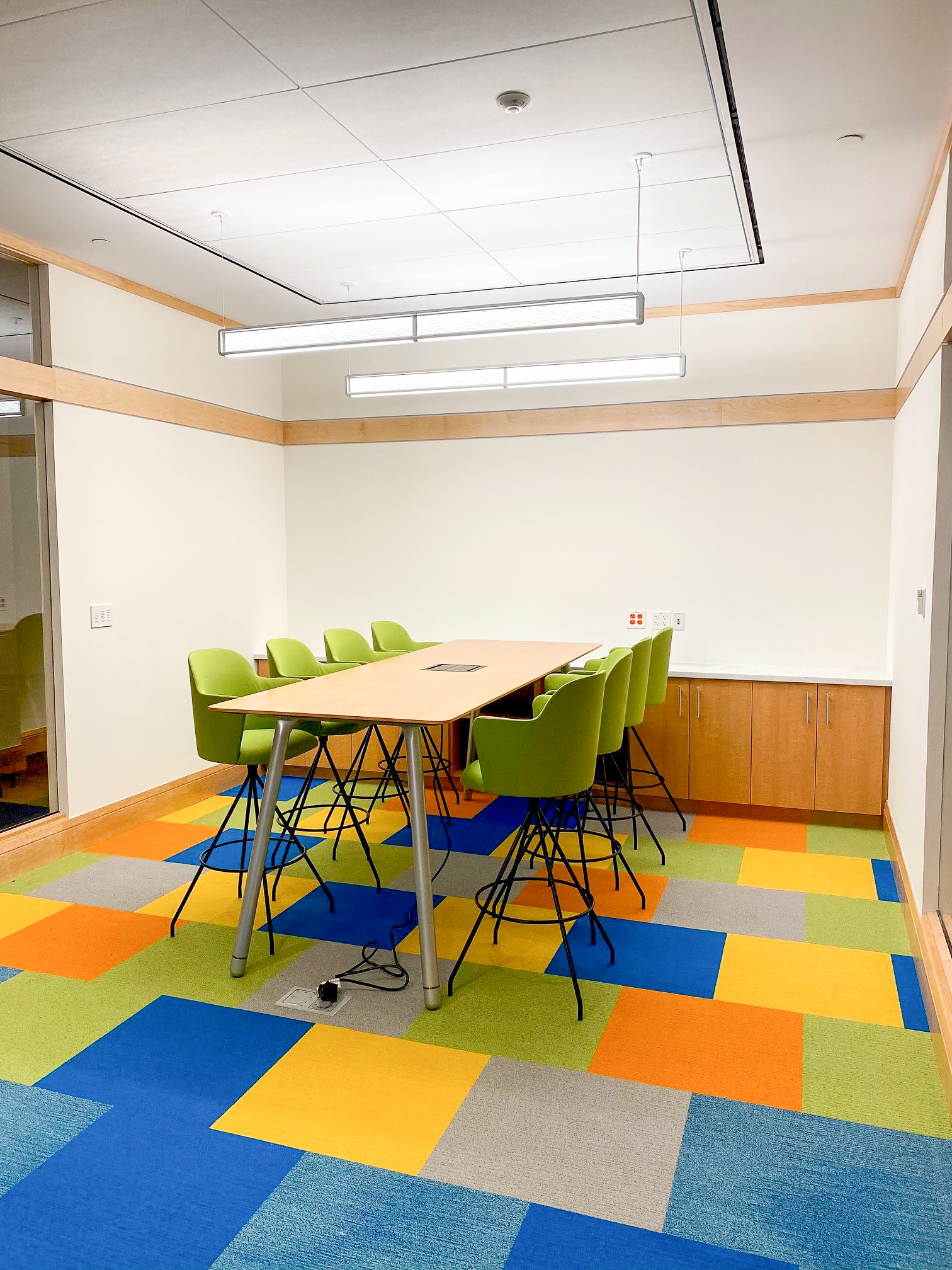 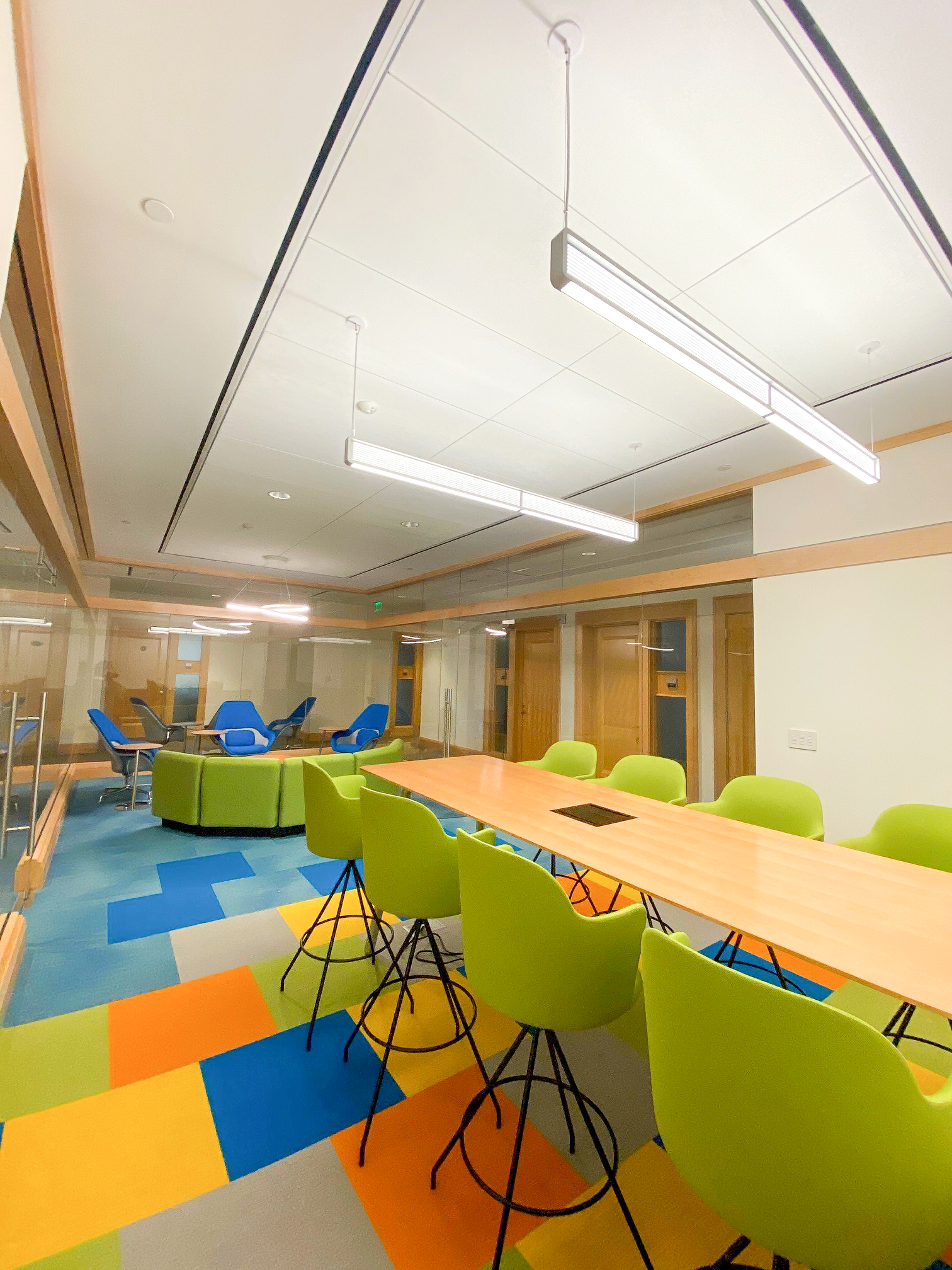 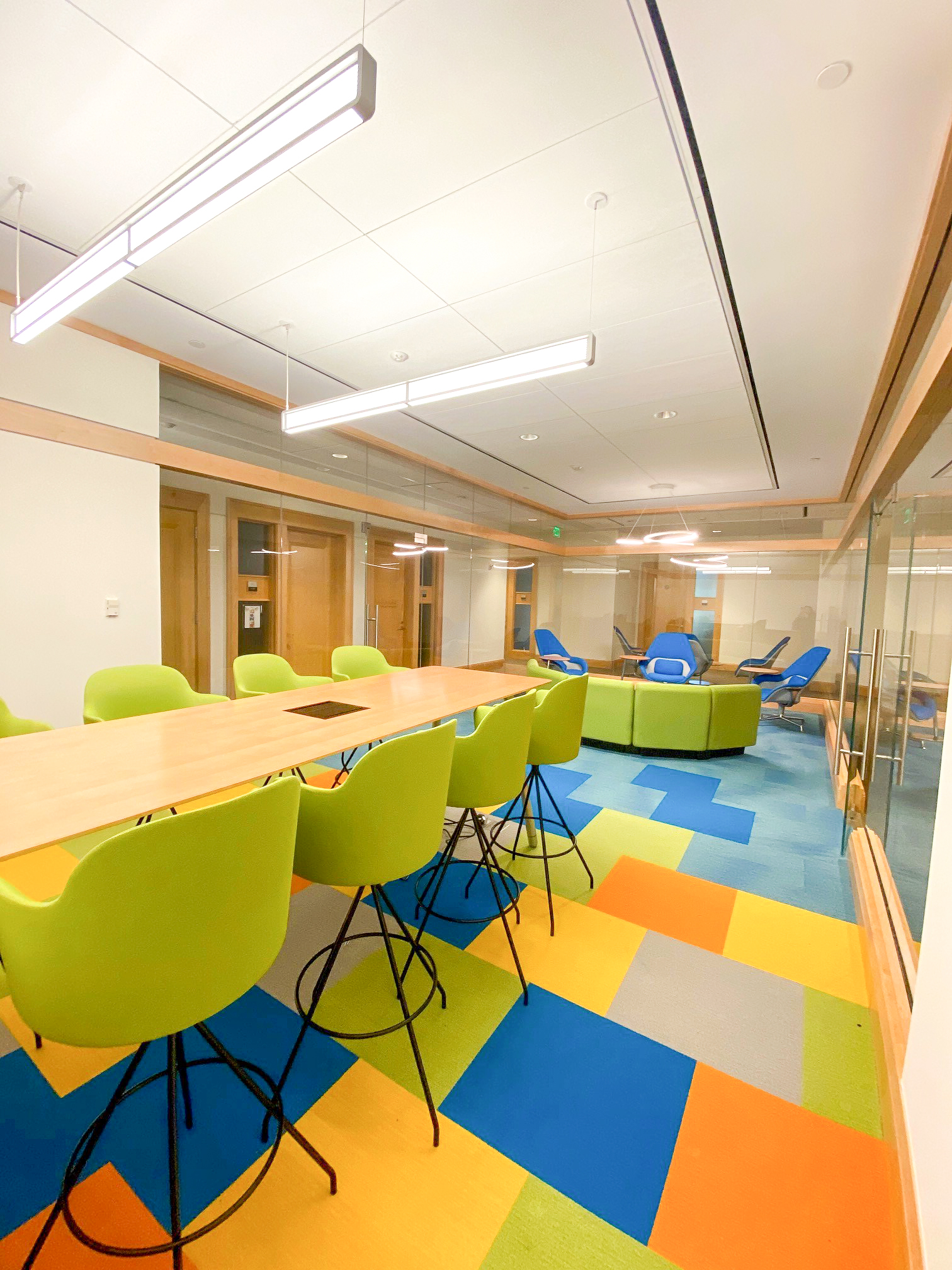 A fun design project for a Team Room in Chevy Chase, Maryland. The project included ~400 sf of floor to ceiling renovations and custom-made architectural features to create the “fish-bowl” look.

Inspiration for the design came from the idea of creating a dichotomy between the room and the neutral-campus-standards seen across the sector. The finished space is an explosion of color that brightens up the entire wing.

The glass walls and wood detailing were used to maintain a level of symmetry and continuity between the new Team Room and the existing finishes found in the sector. The flooring adds another striking feature – its design was created using digital renderings to experiment and play with the patterns and colors.

Other architectural features, such as the built-in shelving along the far wall, were also included to increase the room’s usage. Not only do the built-in cabinets offer storage space, the countertop creates a new surface for a touch-screen television used for presentations and team collaborations.  New lighting fixtures also give new life to the room, updating the old lights and bringing the space more in-line with campus modernization standards.